With the slogan: "Local wines with a rural and joyful soul!" 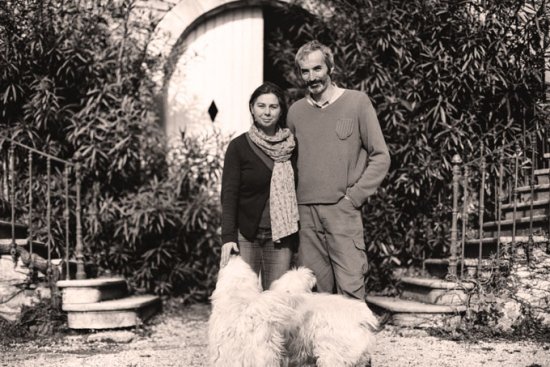 In a typical landscape of the Minervois, in Azillanet, just 5 minutes from the campsite,

follow the avenue of centuries-old olive trees and you will arrive at Pech. Since 1701, ten generations of André’s family have cultivated this place naturally in the expression of its terroir.

For the harvest and the vinification, ancestral know-how and a constant search for the most accurate expression of our terroir are combined, the estate is also labeled "organic", to develop a full range of elegant wines in their traditional cellar. and aromatics, which you will find at the campsite bar and grocery store.

The south-facing vineyard of Pech, with its soils made from tertiary limestone composed of sandstone and marl, is ideal for growing vines. This terroir of Minervois known as "Mourels" is one of the earliest and hottest in the Minervois, between the Causses and the Serre d’Oupia which rises to nearly 300 m altitude.

For generations, they have chosen to cultivate uniquely Mediterranean grape varieties ... grape varieties that rub shoulders with drought because the rains are low and the temperatures very high in summer.

The vineyard, called jardiné, was planted between the scrubland, in places where the vines could take root. Thus, on the 40 hectares of the domain, the vineyard extends over 28 hectares, 19 of which are AOC Minervois.

The Domaine’s grape varieties: Bourboulenc, Clairette and Maccabeo for the white wines. Carignan, Syrah, Grenache, Cinsault, Picpoul Noir and above all magnificent Mourvèdre ... but also Alicante and Aramon from 1953.

Each plot, according to its character, transmits the strength of this land. It gives fruits which speak above all of the air: from the Cers, a cold, dry and often so violent north-west wind which dominates, while the Marin, the Mediterranean wind, carries them the humidity of the shores which makes so well ripen the Mourvèdre ...

Located in the heart of the Minervois, the Sainte-Luchaïre domain is over 130 years old.

Félix Yssanchon was the first owner of Domain de Sainte Luchaïre in 1884. It is now up to François-David Martino and his wife Agnès to perpetuate a tradition of unique and distinguished wine creators. 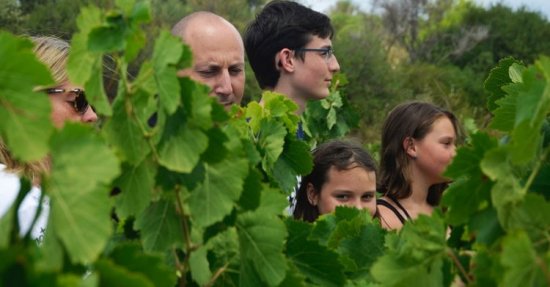 The Mourels are rocky ridges formed by raised geological layers and crowned with a sandstone bank. We find the alternation between spontaneous vegetation and vines with the same contrasting effects depending on the season.

This results in exceptional wines, tasty and delicate, which you will find at the campsite bar and grocery store.

The vines that border the campsite are part of the Domaine Sainte Luchaïre, in September you can watch the harvest live!

A team of professionals welcome you all year round in the departments of Aude, Pyrénées Orientales and Hérault, for canoeing, canyoning, rafting, hydrospeed, stand up paddleboarding, climbing, caving or archery. 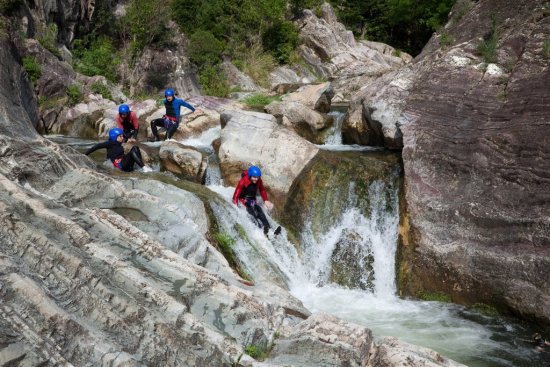 It is in Puichéric in the Aude that the Eaurizon team has set up a first nautical center offering Canoe Kayak and Stand up Paddle, on this still little-known site but very rich in discovery between Corbières and Minervois, mountain and coast, where nature and Languedoc heritage are in perfect symbiosis.

In order to better reveal to you the diversity of the Aude Pays Cathare, the team also welcomes you to Rafting, Canoraft, Hydrospeed and other whitewater sports activities between Axat and Quillan on a second home base.